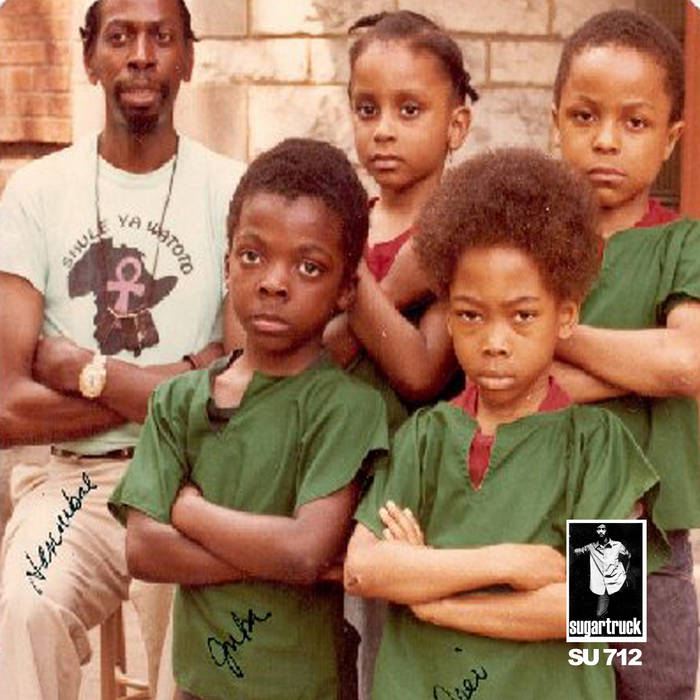 This album is a hodgepodge of reflections, ideas,notions and the like that started to congeal for me around 1998 or so following reading J. F.Rice's _Up on Madison, Down on 75th Street: A History of the Illinois Black Panther Party, Part 1_(1983).

I grew up on the west side of Chicago with parents participating in both Africentrist education and Black theater communities, and experienced the conflicts and convergences of cultural nationalism and the Panther's Marxist-influences community programming up close. Fred hampton was born in maywood, Illinois, a few minutes from Chicago's Austin neighborhood to which my family moved in late 1974.

Austin was one of the last neighborhoods in the city to experience mid 1970s "white flight" and the attendant political/social shifts and upheavals around race and class in that period. My hope was to give some idea of what was swirling around me and in my head in that period, as well as the complications and privileges of having been there as a kid. This record is a bit of my lens as a child then and looking back as an adult on how it shaped me for better or worse...all grounded in gratefulness that I came out of the ride well. :-)

10 A GAME OF HORSESHOES (The Untenable Offwhiteness)

12 THE FORCES OF EVIL (featuring Katastrophe)

Vocals for “The Forces Of Evil”
were recorded by Cari Campbell @ Skoolstudio
and New College Of California Media Center,
San Francisco, California January 2006